YOU DOWN WITH B&F...YEAH YOU KNOW ME

OK, so I know the title of this blog is corny. Yeah I know. For some strange reason the old school track, "O.P.P." from Naughty by Nature came up in my little head as I was starting to write. Anyways, we just received some awesome pictures from one of our loyal fans/customer, Richard. Richard took a trip out to scenic Japan just a few weeks ago. And, while he was hanging out, he was rockin' some of his B&F gear. Cool stuff! Hopefully, sometime in the near future I'll be able to take a trip out there. And, I'll have to just bring Richard and the gang to show me around.

Both pics were taken in Tokyo, Japan: 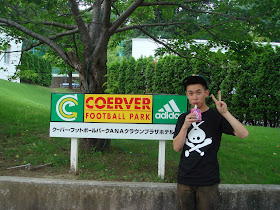 Taken at the Owakudani Valley--which emits the smell of fizzing sulfur from miles away. Richard mentioned the place smells like rotten eggs, but it's a great tourist spot because it allows people to hop on a cable car back down to Lake Ashi. In the background, Mt. Fuji. 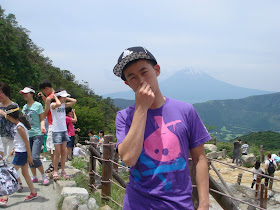 Todai-Ji temple located in Nara, Japan. Houses one of the largest bronze Buddhas in the world. As well as serves as the Japanese HQ of the Kegon school of Buddhism. Gnarly stuff! 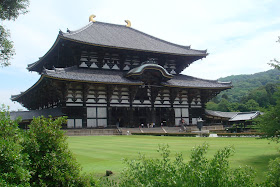 For those of you seeking the items that Richard is wearing, unfortunately we are all sold out with the exception of the HAT that he's sporting. And, even this item is sold out in the smallest size -- which is 7 1/4. Sorry folks!